Martin Folse- Bayou Time Live, One on One, Sports on the Bayou Host, & Hurricane Specials 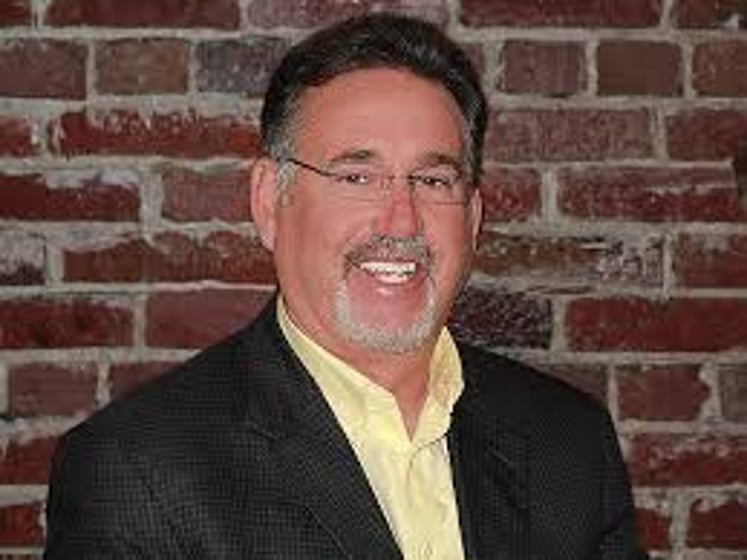 Martin Folse, born in 1960 in Thibodaux, Louisiana; has always had an entrepreneurial spirit. At Vandebilt Catholic High School in Houma, as a student; he received the coveted Bishop Shexnayder award in 1978 as a senior and was also honored as Terrier of the year. Folse also led his state finalist football team by setting the single season interception record and broke two track records (high jump and triple jump) in that same year. He was also a member of the basketball and baseball team.
At Nicholls State he was honored with the journalist of the year award given to the outstanding senior journalist for that year.

In 1984, he wrote and released a full-length motion picture at the age of 24 about a swamp creature in the marshes of South Louisiana, entitled Nutria Man. His trip to California to market the movie proved successful. Nutriaman was sold to New World Pictures in 1984 and was re-released at Terror in the Swamp.
At 25 Folse started this areas TV station called HTV, which has grown from a one man operation in 1985 to a well-respected TV station that thrives on local information.
In 1993 he received the Vandebilt Alumnus of the year award, for his contributions to the area schools and charities.

In 2004, Martin made several trips to Nashville and teamed up with two other Nashville songwriters to start a corporation to showcase musical songwriting talent. The group has produced over a dozen programs entitled “Write On.” One of Folse’s original, called Time for Action; was broadcast to a worldwide audience after Hurricane’s Katrina and Rita. Another song, Botoxicated; was used by two cosmetic physicians on a TV produced infomercial. A third (called Louisiana) was performed by a Country Music newcomer for the Governor of Louisiana.

In 2005, Folse received the Woodmen of the world’s five parish area award for “Man of the year” for his involvement in the area community. The award was presented to Folse for his efforts in 2005 to bring national attention to the vulnerable levee systems of Terrebonne Parish. It was at that “Time for Action” rally that Folse made local politicians sign pledges that all levee monies would go directly to levee protection and nothing else. This spearheaded the now current efforts in building our Terrebonne Parish Levee System.
In 2008, Folse was inducted into the inaugural “Tri Parish Hall of Fame” and was honored at a banquet in Thibodaux, Louisiana.

Folse has served as Grand Marshall in four area parades which included the Irish Italian, Montegut, East Side and Hercules Parades. In the same year, he also served as King for the Krewe of Houmas.

During one of his patented hurricane programs, Folse used a seemingly simple device to depict clearly the path of storms. Of course, this is where “The Stick” was originated. The Stick is now a household name.
In 2010, Folse continued to expand by investing monies into several motion picture projects. Folse was one of several investors in the world-wide acclaimed movie “Black Swan,” which has won several prestigious awards. Natalie Portman also received an academy award for her portrayal of a dark character. Other movies that he has invested in included George Clooney’s “Ides of March” and Daniel Ratcliff’s “Woman in Black.”
Folse and the station were also honored recently with a Telly award for the station’s short documentary on the touching story of two special needs athletes at a Lafayette School.
Folse continues to grow his station and to write songs in hopes of more success in this area. He also has a profound love of the area from which he lives and hopes to continue to give back to the communities around him.
In 2011, Folse promoted a concert in Houma with the legendary STYX band. All proceeds went to the Children’s Advocacy Program.
Folse recently started a new band in Terrebonne Parish called the “Canebreakers.” In the past, Folse has showcased many bands on his station. Bands like Little River Band, the Outfield, Cowboy Mouth, Le Roux, Bad Company, 38 special, Rick Springfield, and Eddie Money have appeared on his channel.
Folse has interviewed interesting people from all around the spectrum. Veterans, Coaches, Business people, and legendary natives to our area.
In 33 years, Folse has produced over 20,000 programs for the local area.