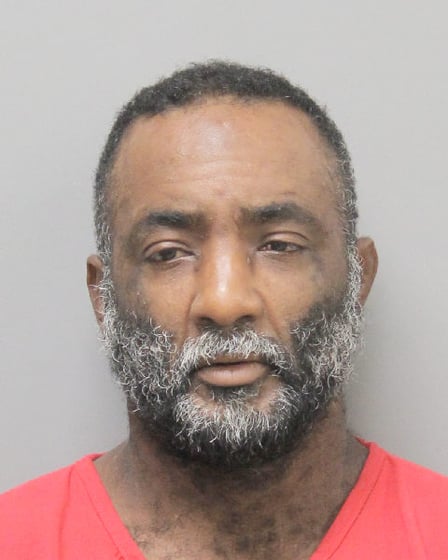 On Saturday, August 17th, 2019, during the early morning hours, Thibodaux Police Officers responded to a Nursing Home in the 1000 block of Tiger Drive, due to a report of an unknown male subject calling the business phone and stating lewd things to the staff, along with making death threats.

Upon officers arriving on scene, it was learned that the unknown subject was calling from a blocked number. While on scene, the subject called the facility again, at which time he made similar threats to the officer who answered the phone. Due to the suspect claiming to be at the location of the business, but refusing to show himself, officers remained in the area while the investigation continued.

Thibodaux Police Department Detectives later arrived on the scene, where it was learned that suspect contacted the facility in excess of 40 times from a blocked number. Detectives were able to do a phone trace of the calls, which led them to a suspect that the phone in question was registered to. Not only was the phone traced back to Tremayne Skinner, but it was also learned that Mr. Skinner has a prior history of similar acts. In November of 2014 Mr. Skinner was arrested for Stalking, after the Thibodaux Police Department conducted a similar investigation, where Mr. Skinner was the suspect in a similar situation.

Due to having previous knowledge of Mr. Skinner and his residential status, Thibodaux Police Detectives again worked with the Morgan City Police Department to get Mr. Skinner apprehended. After obtaining warrants for Terrorizing, Thibodaux Police Detectives and Officers, along with the Morgan City Police Department was successfully able to apprehend Mr. Skinner on the afternoon of Saturday, August 17, 2019. Mr. Skinner who was found to be in possession of narcotics was arrested and booked by Morgan City P.D. and later transported to the Lafourche Parish Correctional Complex, where he remains on a $100,000.00 bond for Terrorizing.